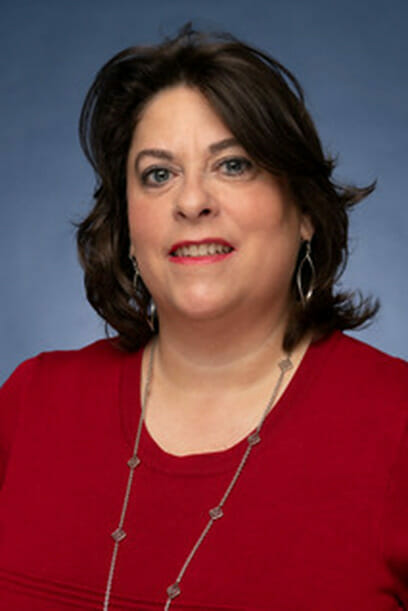 Nikka is a purpose-inspired leader and operational strategist who thrives on elevating businesses, professionals, and entrepreneurs to new levels of performance, vision, and mission.

Professionally, Nikka is currently the Managing Director at Dallas College Bill J Priest Institute.  Her focus is to connect accessible, future-focused, and innovative programs, partnerships, resources to the DFW Community that drives long-term economic success for the area.  She currently manages the Dallas Collaborative for Equitable Development Grant and the Community Navigator Pilot Program Grant for Dallas College.  She also supports other initiatives and collaborations focusing on small business growth.

Prior, Nikka worked with entrepreneurs and small business owners, as a Business Strategist and Consultant, helping them from ideation to realization, launching one company and moving another into development. She was the Director of Operations at Republic Elite, a countertop and cabinet Multifamily Construction company (post-merger) and Chief Business Officer of Elite Surface Innovations (pre-merger).  There she created, implemented, and managed the operating infrastructure for the start-up company, and helped the company grow from start-up to $8M in revenue in 4 years, and supported the company through merger and acquisition.  She was instrumental in developing a culture focused on project profitability, quality installation, and customer service.  She gained a solid foundation in consulting and business engagement while working with Arthur Andersen Business Consulting in New York City.

She has an MBA from Wake Forest University.  She was an active member of Junior League of Dallas, Toastmasters International, and all things fun!  She is also a Master Practitioner of Neuro Linguistic Programming and has been blessed to journey with sacred teachers. 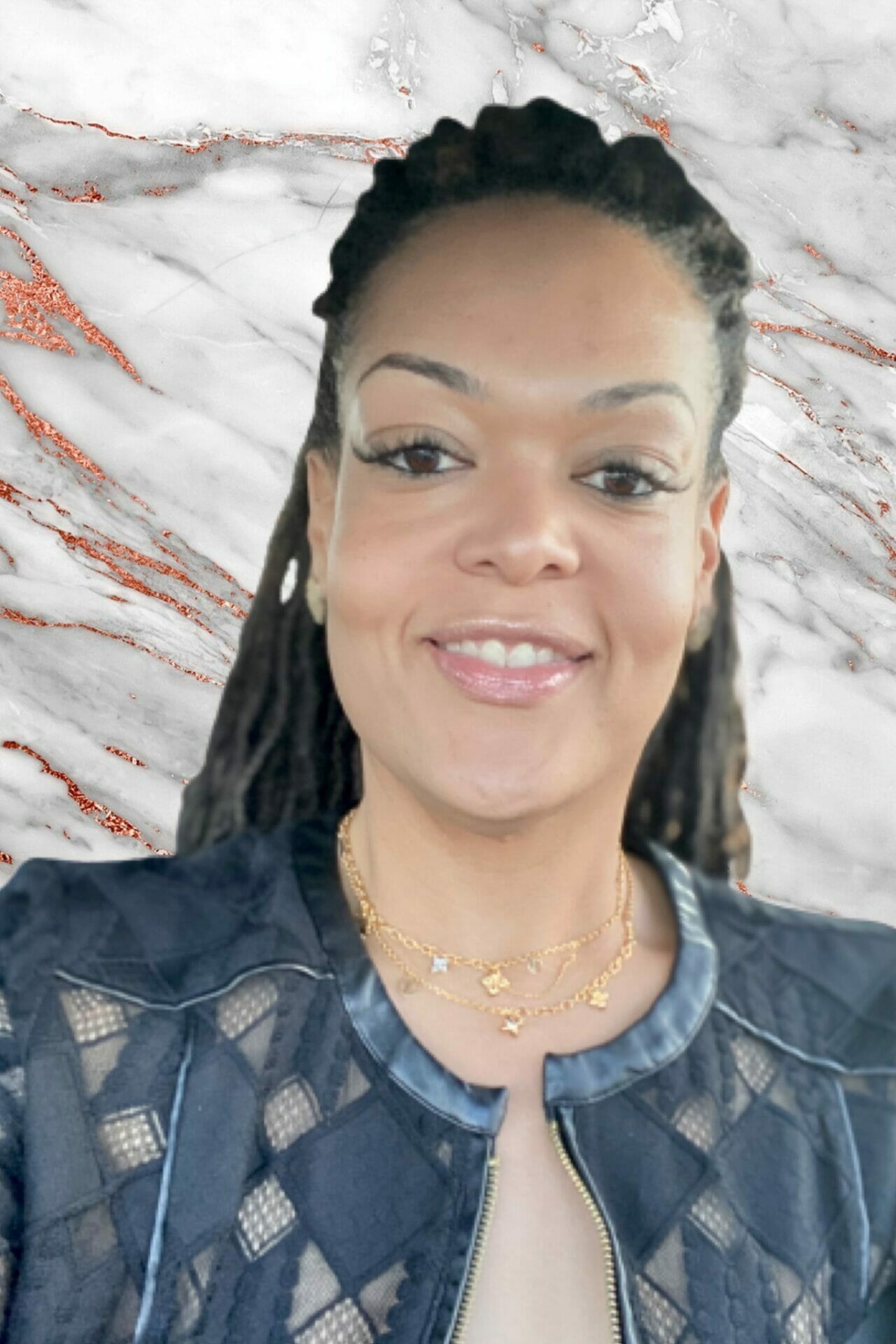 FACILITATOR – The Art of Business Networking

Dr. Januari Lewis is a native of Dallas, Texas where she graduated from Skyline High School. She earned her Doctor of Pharmacy degree from Xavier University of Louisiana’s College of Pharmacy in the year 2000 at the age of 23. During her time in New Orleans, she was blessed to serve her school and community in numerous capacities as a multiple year officer in the SGA, an advocate in the community, chairing the university’s Campus Partner’s initiative, an extension of the Big Brothers, Big Sister’s program, and humbly serving as Miss Xavier University of Louisiana 1998-1999.

Upon her return to Dallas, she quickly used her degree in healthcare to advocate decreasing disparities in access to healthcare for minorities by serving on the inaugural board of what is now known as the Baylor Scott & White Health and Wellness Center in South Dallas as well as improving healthcare for women in their role as caregivers by dedicating her time over the past decade as a faithful volunteer and more recently, as the Board President of the North Texas chapter of the American Diabetes Association.

Professionally, as the district manager of pharmacy operations for a major retail pharmacy chain overseeing Plano, Allen, and surrounding areas, she was gifted with the responsibility of spearheading charitable efforts for approximately 200 regional Walgreen’s locations from 2005-2012. This afforded her the opportunity to establish connections and engage thousands of the company’s employees to raise funds and awareness for organizations like the American Heart Association, American Cancer Society, JDRF and Susan G. Komen, just to name a few.

After almost a decade of overseeing 44 retail locations in 23 cities, she transitioned into the role of a director of operations for one of that chain’s local specialty division which was located inside a major metropolitan medical center. In the fall of 2017, she opened a Chiropractic and Wellness Center in the southern sector of Dallas as a way to give back to the community where she was raised and served as it’s CFO and director of marketing. In 2018, Dr. Lewis opened OxiJan, a strategic consulting agency, focused on offering a breath of fresh air to businesses and organizations in need of rebranding, engagement, training, and strategic growth.

After almost 20 years with Walgreens, Januari retired from her clinical pharmacy role to devote more time to her passions in life as she is a diehard Saints fan, love planning events and decorating fancy cakes. More importantly, she wanted to spend more time volunteering in her community and has done so by doing a wide range of activities ranging from building houses and playgrounds to hosting youth camps and speaking with various youth groups. She helped get Texans to the polls by serving as a shift manager at the corporate headquarters of the Beto for Texas campaign in addition to representing her profession and HBCU at numerous career and college fairs. She serves on the Board of Directors as Vice President for the Illustrious Angels Youth and Family services, a non-profit founded following the loss of her best friend in 2013 due to domestic violence which focuses on the unintended victims that domestic violence leaves behind, the children.

She is recently served as the marketing director for LovePacs-Plano, and is currently the leader of the medical ministry at Concord Baptist Church in Dallas, a mentor for students at Booker T. Washington and a chartering member of the Society, Incorporated, Supporting the Arts. She is still very involved with a number of community service organizations, donating her time to speaking publicly for several causes, volunteering regularly in her church and community, and sitting on the boards of various charities. 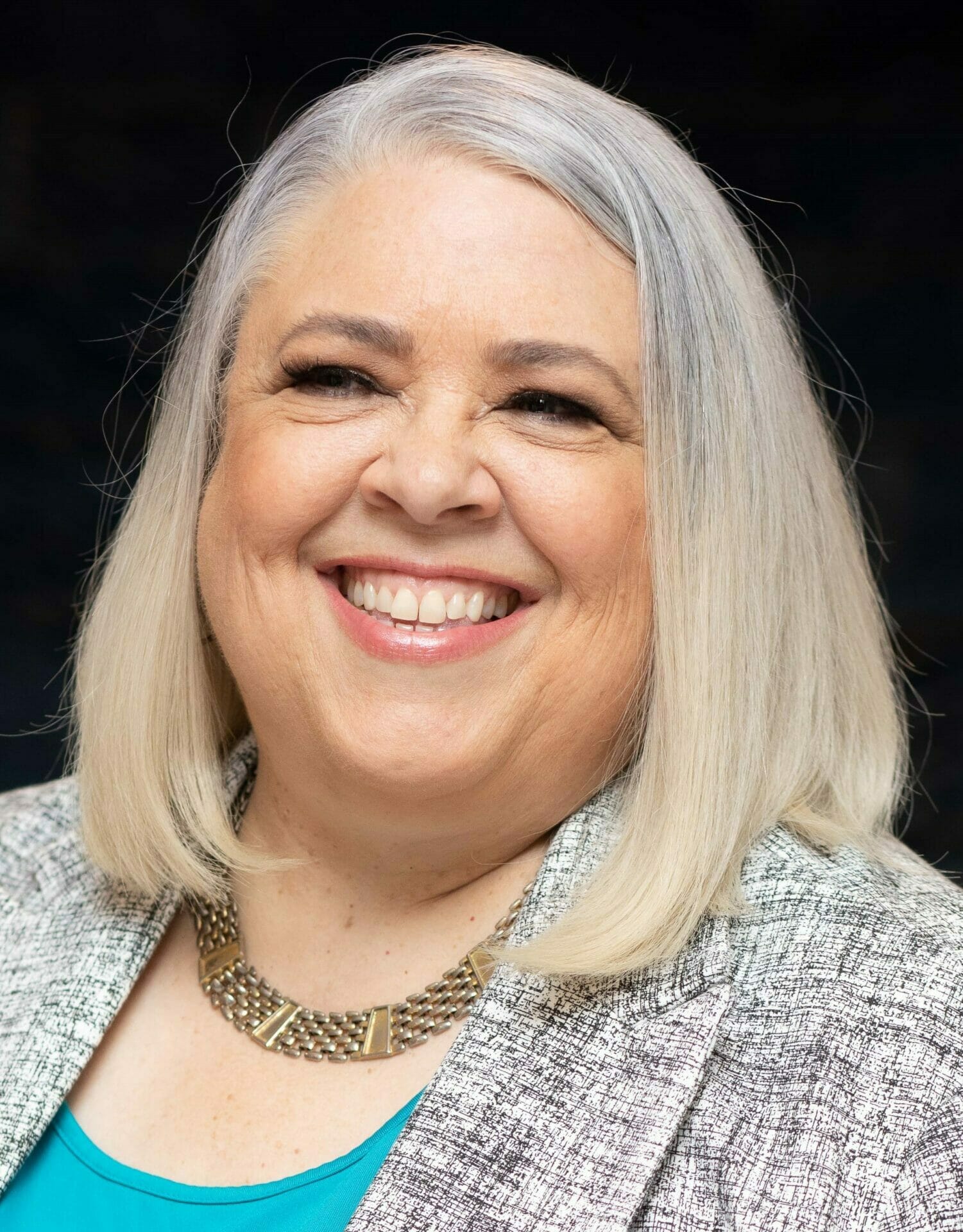 SPEAKER – HR Innovation: Building the Workforce of the Future

Sandi Mitchell is CEO of APEX Catalyst Group, a firm focusing on building leaders and their companies to leave powerful legacies. She founded the APEX brand in 2013 after more than 20 years in corporate America. Before APEX, Sandi created a technology corporate university at a Fortune 500 company, training over 4200 employees in more than 46 countries.

Sandi and her APEX team work with leaders in companies of all sizes to help improve and/or accelerate in areas such as: communication, leadership, team alignment, strategic planning, emotional intelligence, and change management.

Sandi is a Certified EOS Implementer, certified executive coach, an International Coach Federation Global Prism Award finalist, an award-winning trainer, an international speaker, and best-selling author. Sandi’s latest book is entitled Coloring Outside the Lines: A Grown-Up’s Guide to Increasing Emotional Intelligence. She has an MBA from Texas Wesleyan University and a BFA from the University of North Texas. While Sandi is the CEO of her business, her pups – Coco and Chanel – definitely rule the house! 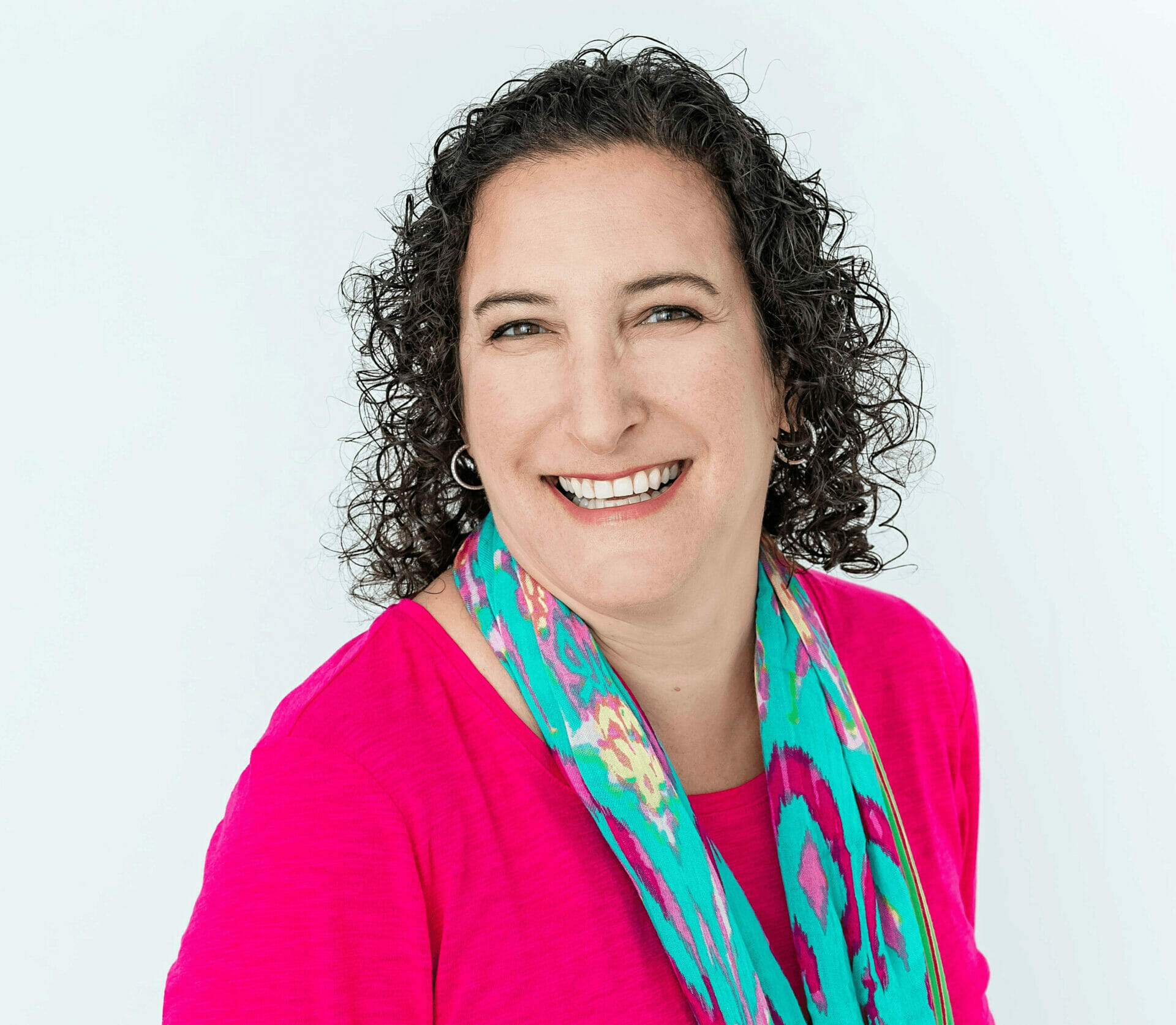 SPEAKER – Employer Retention Tax Credits. Are you eligible to get $25K back?

Jennifer Scott is the Founder and CEO of HireEffect™, which she initially launched as a recruiting firm in 2007. Having worked in corporate roles in Human Resources, then as a self-employed solopreneur, and now running a growing national firm providing outsourced bookkeeping, payroll, and full-service HR, Jennifer brings a unique view to small business leadership. With more than 30 years of experience working with leaders, Jennifer runs her business with a “People First – Technology Forward” approach. Her specialties include employing Conscious Business and Positive Leadership tools to improve employee engagement and retention Jennifer serves as Vice Chair on the Board of Directors for the Dallas Chapter of Conscious Capitalism. She is also an alumnus of the Goldman Sachs 10,000 Small Businesses Program and an active community volunteer. 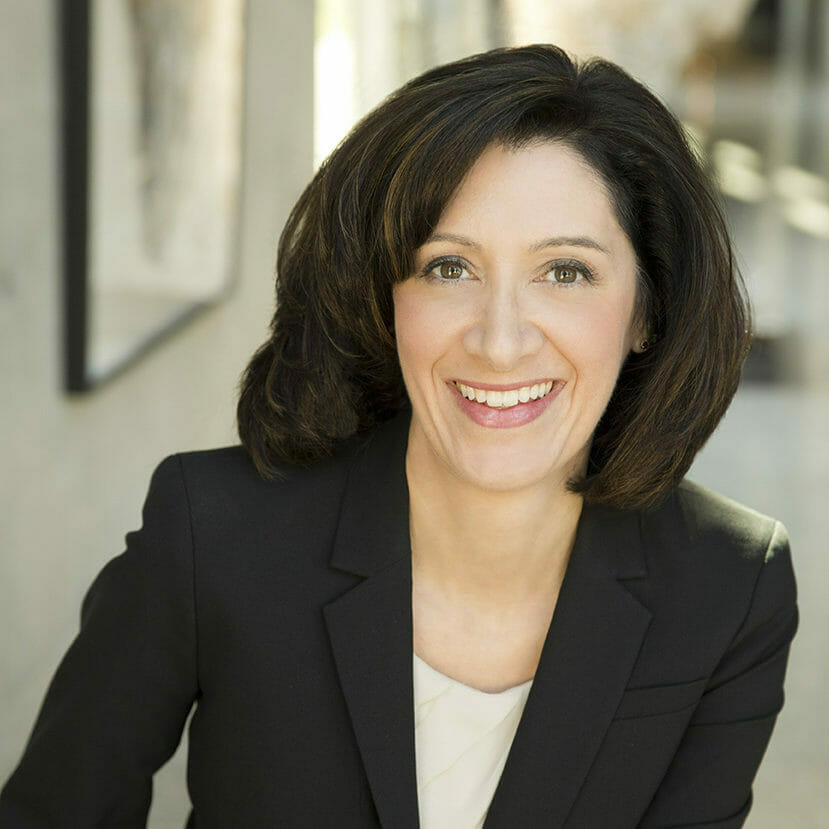 Raised in a family of entrepreneurs, I believe small businesses are essential for building strong communities. Having learned much about enterprise from the successes and failures of my grandfather, a poultry farmer who got his start during the Great Depression, I am especially attuned to the needs of business owners and those who work for themselves. I am passionate about helping entrepreneurs and individuals build on their successes and avoid mistakes that derail many high-income individuals from achieving their goals. I take a comprehensive approach to addressing complex financial, business and tax situations that require multidimensional solutions.

After more than a decade as a financial professional and CFP®, I’ve realized that managing money is both science and art. Many entrepreneurial pursuits are the marriage of the two, but I find that money in particular has an emotional component that is linked to our past experiences. This led me to me establishing my own financial practice and methodology, Fiscal Harmony™. 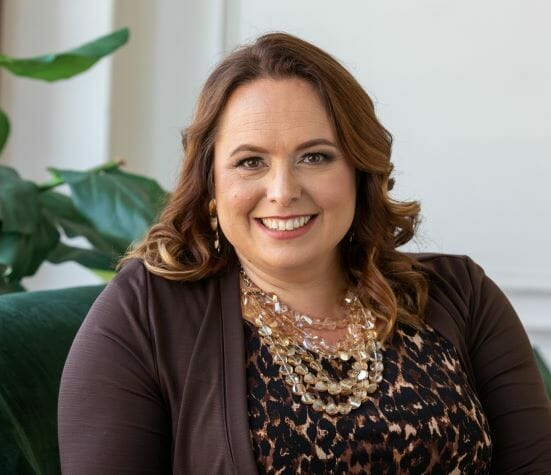 Leslie Hassler is a dynamic author, speaker, and business strategist guiding women-owned, service-based businesses into more profits, cash flow, and success. Business owners come to Leslie seeking a way to strategically scale their businesses richly, stop the money leaks, and get back in control with confidence.

Using her more than 12 years of experience in business, finance, mindset, and more, Leslie takes multiple 6 and 7-figure businesses from cash-strapped and struggling to profitable and thriving with her unique Profitable Growth Incubator program

Her genius has also been featured on stages, podcasts, and publications around the United States.